An Egyptian delegation of education experts headed by Cairo University President, Mohamed Othman Elkhosht is back home from a recent visit to China where they took part in the science and innovation forum held in Shanghai earlier this month, November 2018.

Multinational universities from all over the world participated in the forum which acts as a platform for university leaders to share their achievements and experiences in aspects such as college governance, discipline development and talent training.

The Egyptian delegation visited the campus of the Shanghai Jiaotong University, where they were treated to a presentation on the university’s education system. They also took part in a workshop on university ranking. Cooperation with the Shanghai Jiaotong University in the field of humanitarian studies was extensively discussed between the Egyptian and the Chinese sides.

To crown the trip, a partnership was signed between the Cairo University and the Shanghai Jiaotong University, according to which the two institutions will jointly create programmes that aim at developing undergraduates and postgraduates studies, as well as research and practical abilities in fields such as science, language, literature and business. According to the Chinese university, “These joint programmes will build a think tank to boost the interconnection of cultural, scientific and technological resources”. These new programmes will feature in the new international department of the Cairo University that is under construction in the Giza satellite town of 6th October.

Khosht was chosen over 17 other candidates to be a permanent member in the Shanghai Jiaotong University’s committee of scientific and innovation policies which operates within the framework of the Chinese Belt and Road initiative which was launched in 2015.

Belt and Road is a Chinese development strategy involving infrastructure development and investments in countries in Europe, Asia and Africa. “Belt” refers to the overland routes, whereas “road” refers to the sea routes. The Suez Canal is considered as the link that connects the land and sea paths, connecting East and West. According to the Chinese government, the initiative is “a bid to enhance regional connectivity and embrace a brighter future”. The focus of the initiative is infrastructure investment, education, construction materials, railway and highway, automobile, real estate, power grid, and iron and steel. According to 2017 figures, Belt and Road Initiative is one of the largest infrastructure and investment projects in history, covering more than 68 countries, including 65 per cent of the world’s population and 40 per cent of the global GDP. The initiative is expected to have a strong economic, commercial, cultural and social influence on the peoples of the countries through which the Belt and Road passes. 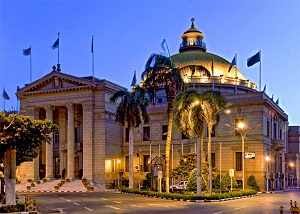