Yesterday 14 October 2020, Egypt woke up to news that Mahmoud Yassin, an iconic widely loved and well respected actor, had passed away. His son, Amr Yassin, posted the sad news on his Facebook page, writing that his father had died following a long battle with illness. It is not known what illness the senior Yassin had suffered from; the family never said what it was. His wife Shahira said in a telephone call with Wael al-Ibrashi on his TV show “9 o’clock” on Channel 1 that Yassin had been sick for a few months and that there was no treatment for his illness. 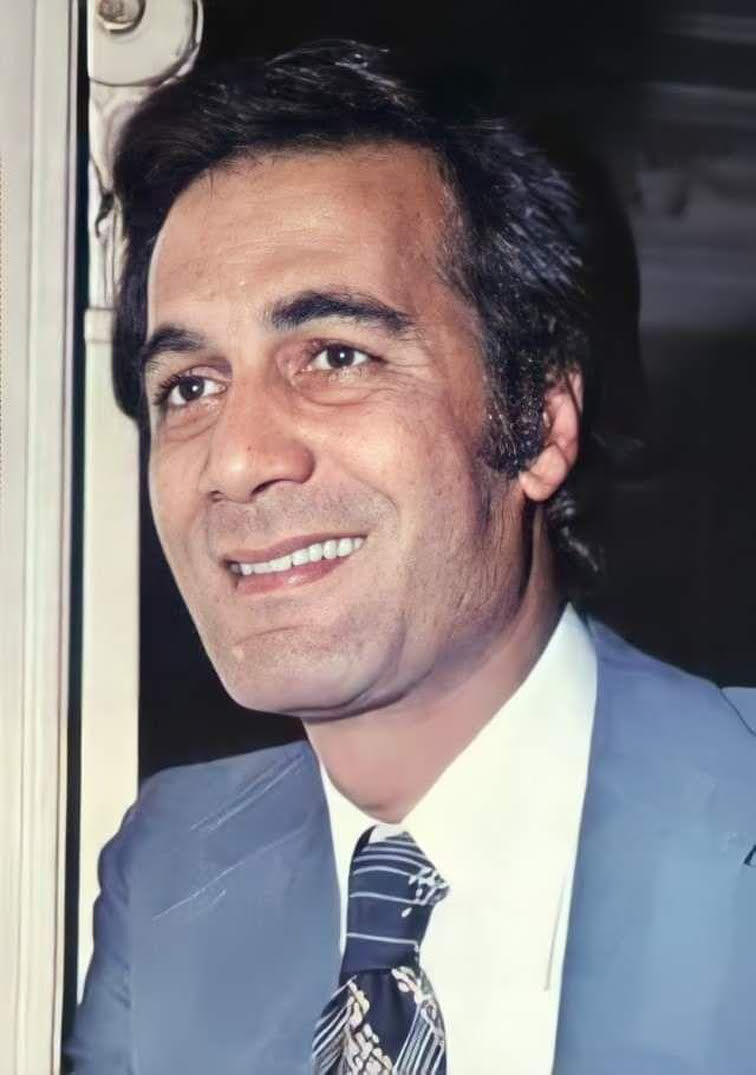 Mahmoud Yassin was born on 2 June 1941 in the city of Port Said on the northern tip of the Suez Canal. His father was an employee of the Suez Canal Authority. As a boy, Yassin went to school in his hometown where his talent for acting was obvious; it helped that he trained at the Theatre Club in Port Said. 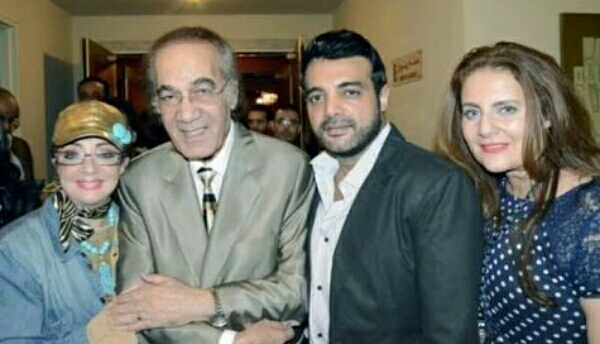 Yassin later moved to Cairo to study law at Cairo University from which he graduated in 1964. 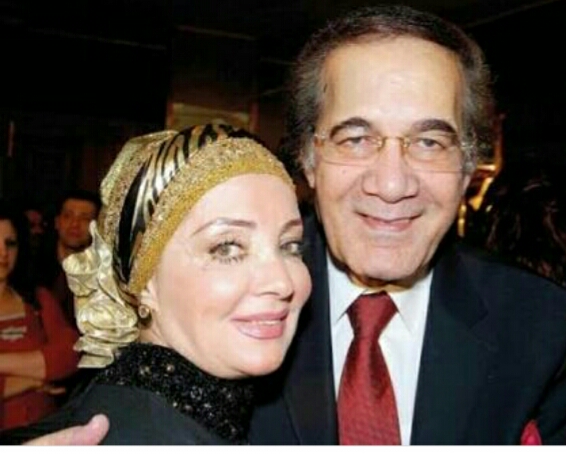 His law degree earned him an appointment in the government service, a coveted appointment at the time, but Yassin’s love for acting gained the better of him; he applied for appointment as an actor in Egypt’s National Theatre and was accepted. He quit the government job and started a career in acting that went on to span some 50 years and more than 200 roles in theatre, films, TV, and radio.

Yassin’s professional acting career had begun with appearances at the Theatre Club in “The Assassination of Guevara” and “Acre is my Nation”. 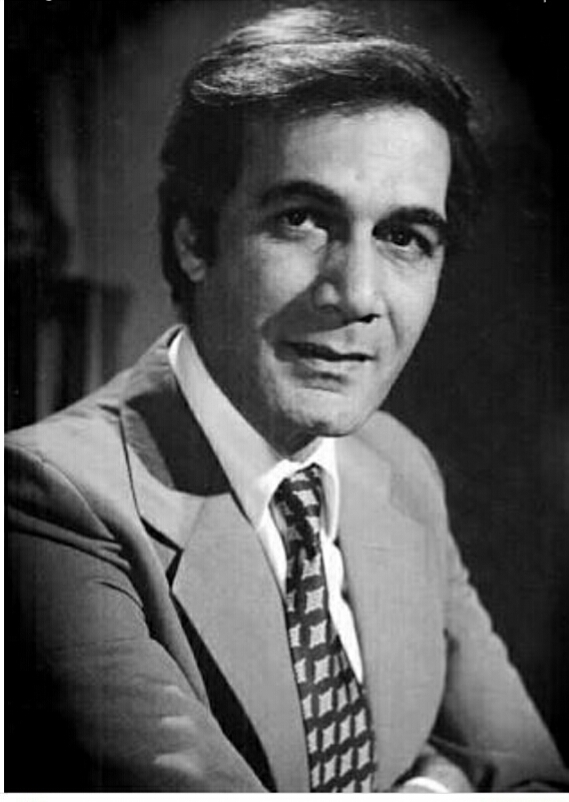 At the National Theatre, Yassin started with small roles but his gift for acting, his good looks, and his legendary deep warm voice soon catapulted him to leading roles. He became a public idol, gaining the love, admiration, and respect of audiences. 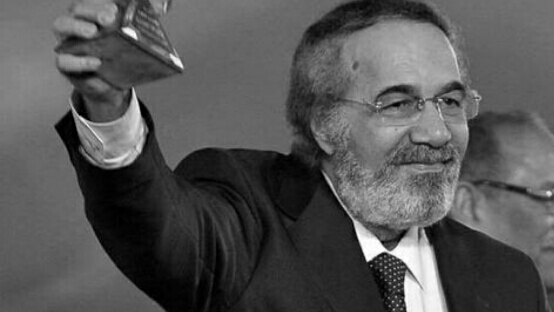 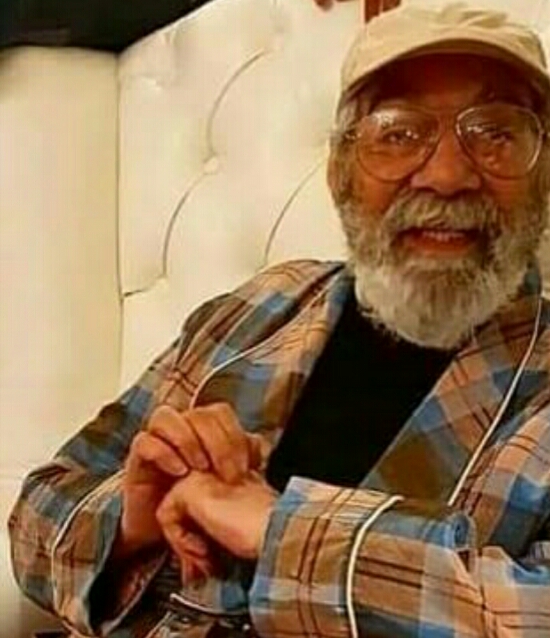 Yassin’s part in the National Theatre play “Ahlan ya Bakawat (Welcome Gentlemen)” in 2006—he repeated the performance in 2010, while he was director of the National Theatre—was unforgettable. For two months he played the leading role which was drawn to expose religious-based corruption. This led to several threats against his life by Islamists, but Yassin adamantly continued to play that role for 60 performances. 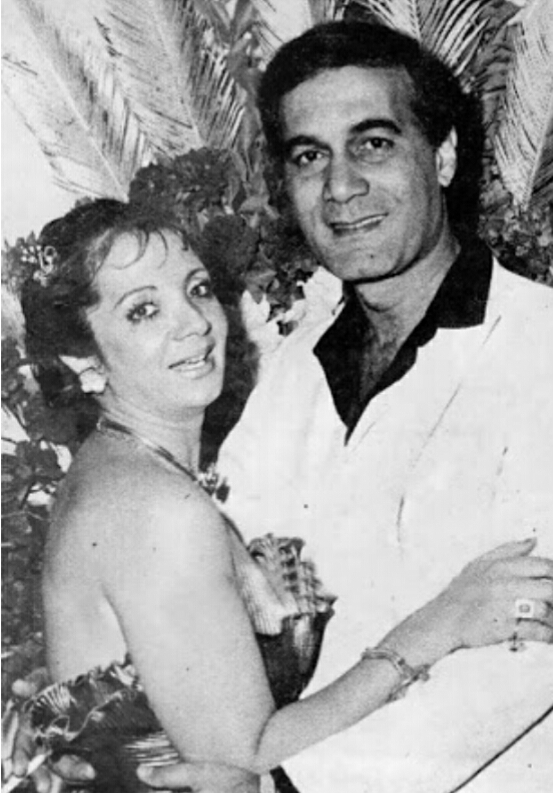 In cinema, Yassin played more than 150 roles. Again, he started with small roles in films that became landmarks of Egyptian cinema, such as the 1968 “Al-Ragul allathi Faqada Thilluh (The Man Who Lost His Shadow)” and the legendary 1969 production “Shai’un min al-Khawf (Some Fear)”. In 1970, he got his first leading role in film; he stood before the brilliant actress Shadia in “Nahnu La Nazraa al-Shawk (We Do Not Plant Thorns)”. 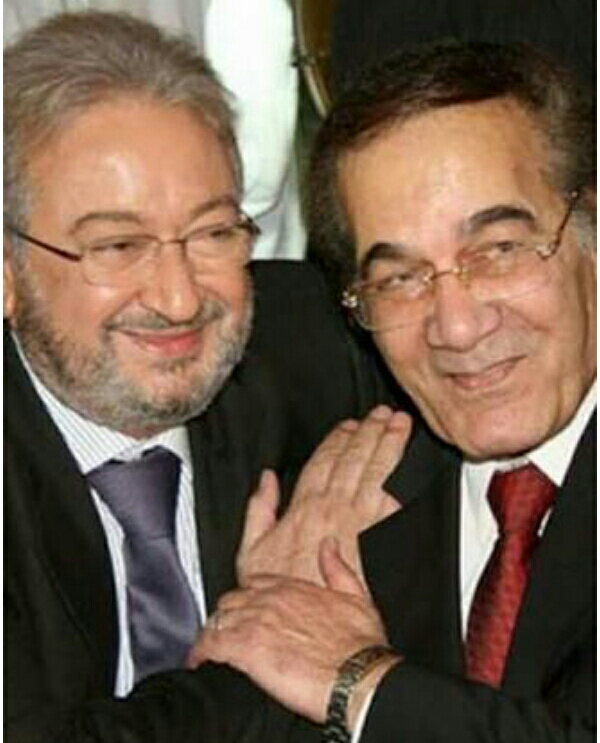 Following the 6 October War with Israel in 1973 during which the Egyptian armed forces accomplished the near impossible feat of crossing the Suez Canal into Israeli occupied Sinai, leading to the 1979 peace treaty with Israel through which Egypt regained Sinai, Yassin starred in a number of films that tackled the events and heroic deeds prior to and during the war. Among these was the 1974 “Al-Rassassa Latazal fi Gaibi (The bullet is Still in my Pocket)” that depicted the pre-October War period of the war of attrition, and “Budour” produced in tha same year. The public fondly and rightly nicknamed him ‘Hero of the October War’.

Yassin’s 2007 film “Al-Gazira (The Island)” focused on the fight against gangs of drug and arms trafficking, and was a huge success. His last film was in 2012, “Geddo Habibi (Grandpa, Dear)”. He also played roles in numerous TV drama and radio series and shows. 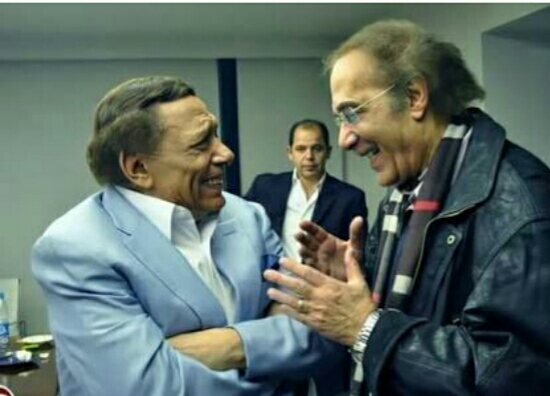 In an interview with Watani in December 2011, Yassin explained how he started on one of the activities that made him so unique and so widely popular: poetry recitation. “The voice is a gift of God. Since I was in preparatory school I have been fluent in classic Arabic. And through my love of the language and poetry I mastered the art of recitation.” 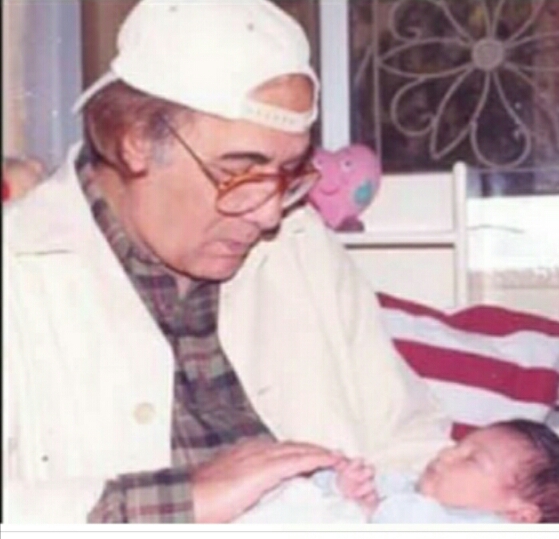 Yassin won more than 50 awards and prizes during his lifetime. He won best actor prizes in Tashkent Film Festival in 1980, in the Arab Cinema Festival in America in 1984, and in Annaba Mediterranean Film Festival in Algeria in 1988. In Egypt, he was awarded the 1975 State Prize for the Arts for his films on the October 1973 War and, for two successive years in 2001 and 2002, he won the best actor prize in the Egyptian Radio and Television Festival. 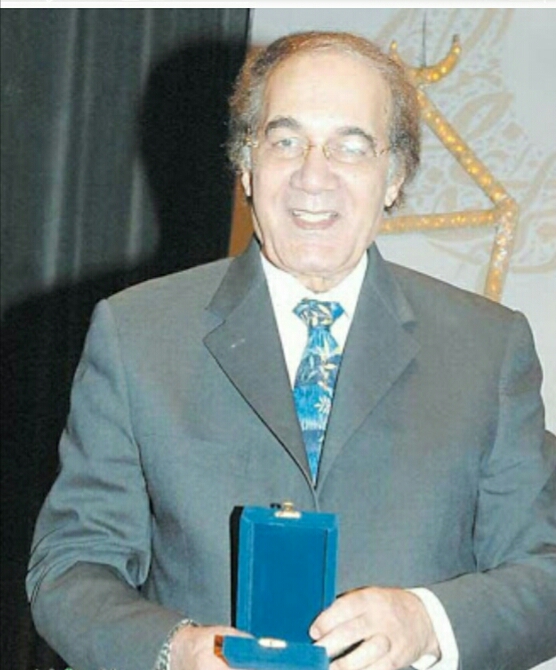 In 2005, Yassin was chosen by the United Nations as a Goodwill Ambassador in battling poverty and hunger.

Yassin married Egyptian actress Shahira in 1970. Together they had a daughter, Rania, in 1972, who is now an actress and is married to actor Muhammad Riyad. Yassin and Shahira also had a son in 1978, Amr, who is an actor, too.

In 1992, Shahira decided to give up acting, don the Islamic veil, higab, and stay at home. Later, they got a divorce, but this lasted for one year after which they went back to each other. In the 2011 interview with Yassin, Watani asked him: 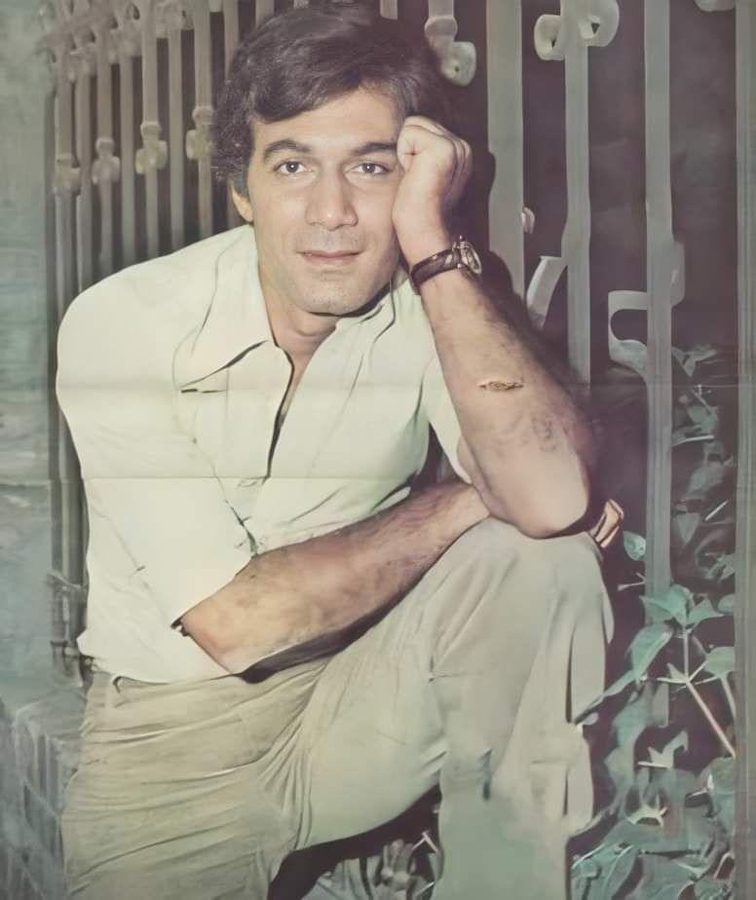 “Your wife Shahira, a famous actress in her own right, stopped acting and donned the veil. What is your attitude towards this? And does Shahira object to your daughter Rania taking up acting? Given that the arts scene has been witnessing a growing movement of religious fundamentalism.”

Yassin’s reply: “To say that there is a full-fledged fundamentalist anti-arts tide in Egypt is, in my opinion, incorrect. But there have always been those who oppose the arts. It is an old opposition that came back to life some time ago, especially in the absence of cultural awareness. As for my daughter Rania, she graduated from the English department in theatrical studies. Basically she can make her own decisions on how to approach a career in acting. Shahira, like any other mother, tends to give her some advice which is not obligatory, but she doesn’t interfere in her—or my—work.” 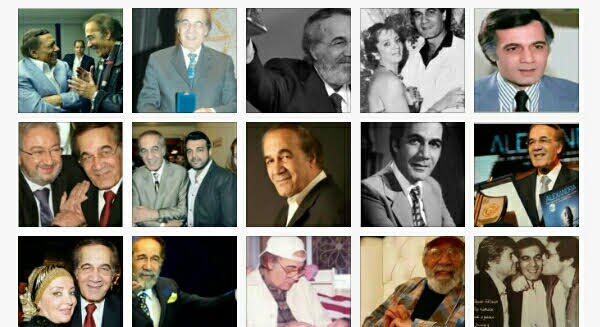 Since news of Yassin’s death was made public, social media has erupted in posts that mourned his departure and recalled precious moments in his life and plays or films. Egyptian actors and actresses of his generation mourned him deeply, whereas the younger ones grieved the loss of that great man.

Among the conspicuous posts, however, was one that drew much attention, a message by Lieutenant Colonel Avichay Adraee, head of the Arab media division of the Israeli Defence Forces Spokespersons Unit. Together with a photo of Yassin, he posted the message: “Farewell to the great actor Mahmoud Yassin who was widely loved in Israel in the 1960s when his films were broadcast by Israeli TV. This is how we got to know him.”

Back to Watani’s 2011 interview with Yassin, two questions and his replies to them stand out:

Q. Is there any character you dream of playing?

A. I believe that after 160 films, some 25 theatrical works and many TV series, I do not have many more dreams.

Q. What do you see as the mission of your generation?

A. No doubt our generation benefited from regarding the arts, including cinematic and theatrical arts, as a noble mission. The target was not how much one could earn, but how to be better. I have never regretted any work I did.