“A town friendly to persons with disability” is an initiative launched by the National Council for Women (NCW)’s Committee for Women with Disability in cooperation with Beni Sweif governorate and disability ministry the Coptic Orthodox Church. 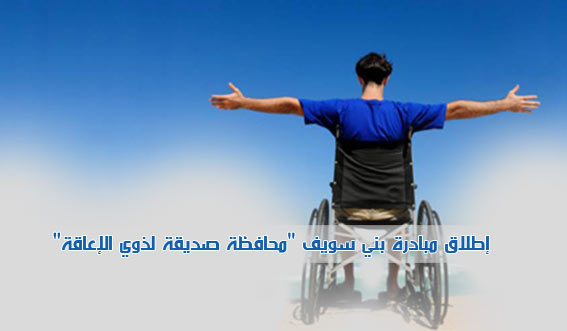 “In response to President Abdel-Fattah al-Sisi’s call for assigning the year 2017 as the Year of Egyptian Woman, and 2018 as the Year of Persons with Disabilities,” Ms Hagras noted, “this initiative has been launched in Beni Sweif since Governor Habib has shown his readiness to fully support the initiative.”

The initiative, according to Ms Hagras, would start with making the town’s streets, parks, public places, as well as places of worship more friendly to persons with disability by providing ramps for those who use wheelchairs, making provisions for blind persons to move around with ease, and educating people on sign language.