On International Day of the Girl: Schoolgirl represents EU in Egypt

On the occasion of the International Day of the Girl on 9 October, the European Union (EU) Delegation to Egypt participated in the Girls Takeover Initiative by inviting 17-year-old secondary school student Amal Nageh to represent the EU in Egypt for one day. The ‘takeover initiative’ is facilitated by the Canadian Embassy and Plan International.

Amal Nageh is a well-rounded, self-confident, effective and positive change maker in her community. She has been vocal about girls’ rights in Egypt and has participated in several activities in that respect.

During the day, Ms. Nageh accompanied EU Ambassador Ivan Surkoš on a visit to the National Council for Childhood and Motherhood (NCCM). Dr Azza al-Ashmawy, Secretary-General of the NCCM, received the guests and gave them a tour at the EU-funded child helpline centre. She talked about the extensive cooperation between the EU and NCCM.

“Egypt’s young population is one of the nation’s most valuable assets. Taking into consideration that the majority of Egyptian population is young, with almost half of them are female, we realise the importance of empowering young women and girls,” said Ambassador Surkoš.

The EU has allocated more than EUR 200 million since 2010 for bilateral programmes with Egypt supporting gender equality and promoting child rights. EUR 150 million of the EU support specifically targeted child rights, with attention to the gender aspects, including girls’ protection from all sources of violence as well as providing girls with leadership skills. 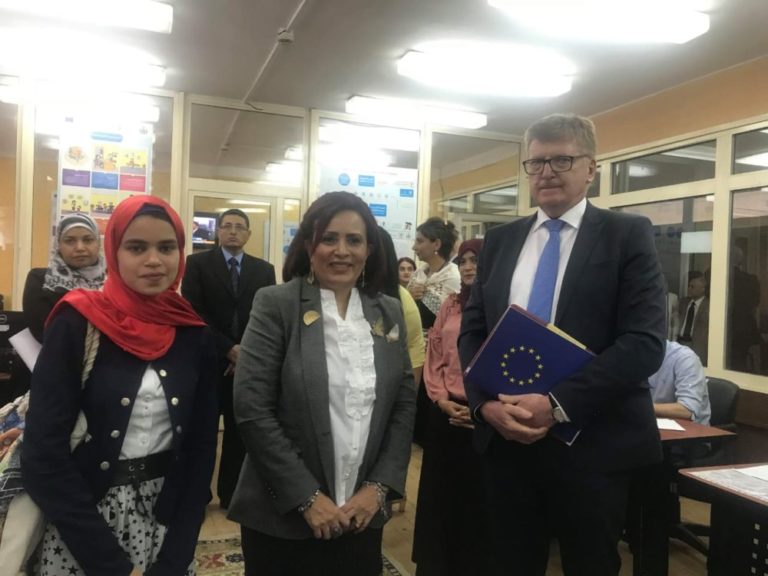 Ambassador Surkoš highlighted the longstanding cooperation between the EU and the NCCM, stating that both partners have worked together for more than 10 years on important issues such as girls’ rights, including raising awareness on early marriage and female genital mutilation, in addition to supporting girls’ access to education. “In the framework of this cooperation, the EU has recently supported the national campaign ‘I am against bullying’. We thank NCCM for its role in this important campaign which has reached so far more than 75 million citizens through different media platforms.”

Commenting on the takeover experience, Amal Nageh expressed her appreciation to represent the EU. “I learned today about the strategic partnership between the EU and Egypt in the area of child rights, education and girl’s empowerment,” she said.

In 2012, the first International Day of the Girl was launched following global advocacy by girls themselves to establish the day formally, through a United Nations Resolution, with support from the Canadian delegation and Plan International, to raise awareness about the particular challenges that girls face and to take action. The movement was joined by many countries in a concerted action to show support for girls on the 11th of October each year. The original rationale for an official day focused on making the invisible lives of girls—both their plight and their power—truly visible, and to inspire commitments and action to promote girls’ rights. Growing each year since 2012, the International Day of the Girl (IDG) is now a foundation for advocacy and gender-oriented activism for many individuals, organisations, networks and governments. 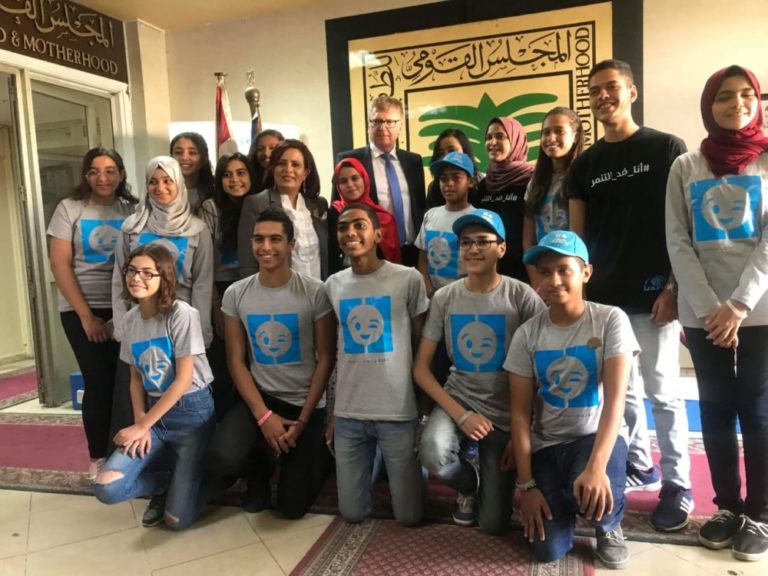