In extension to the impressive discovery of 59 intact, sealed coffins dating back to the Pharaonic Late Period (664-525BC) announced last month, a new find was announced in the same site on 14 November that comprised 100 intact, sealed and painted anthropoid coffins. The coffins were unearthed by the Egyptian archaeological mission working in the Saqqara Necropolis in Giza, south of Cairo, headed by Mustafa Waziri, Secretary-General of Supreme Council of Antiquities (SCA).

Three 12-metre deep shafts that had been closed for more than 2,500 years, yielded the 100 coffins, in addition to golden funerary masks and a collection of 40 wooden statues of Saqqara goddess Ptah Soker, a number of which are gilded.

The discovery was announced by Antiquities and Tourism Minister, Khaled al-Anani, in an event held at the site and attended by cabinet ministers and ambassadors, press and media persons from news agencies and TV channels, as well as Egyptian public figures.

“It is a great 2020 discovery, but it will not be the last in Saqqara,” Dr Anani said, explaining that there was an unknown number of coffins yet to be unearthed in the same site.” Dr Anani described Saqqara as “a very important, rich archaeological site that includes 13 pyramids and a necropolis that was a sacred place where the rich and powerful were buried.” The site, he said, has yielded no more than one per cent of the treasures it houses. “We had been waiting,” he said, “to announce the full discovery of some 300 coffins once they were unearthed, but had to make the announcement now because the 100 coffins excavated so far have to be moved out to make place for more that will be unearthed.”

During the announcement, an X-Ray was conducted on a mummy in one of the coffins. It revealed that the mummy belonged to a healthy man in his 40s, 165-175cm tall. A documentary was screened on the newly find.

Dr Anani concluded his speech by thanking his colleagues in the SCA for their outstanding work and discovery, and also the archaeologists, restorers, and antiquity guards. He was keen to mention the administration of National Bank of Egypt (NBE) for its sponsorship of this event. 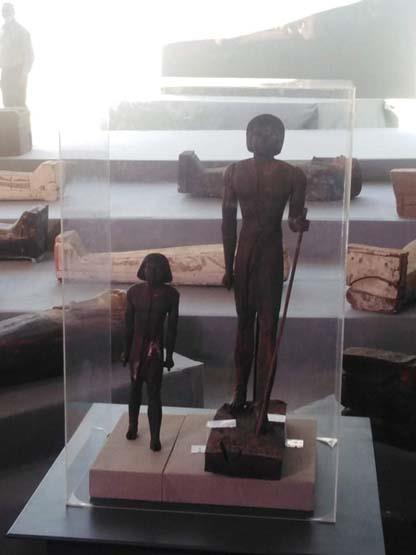 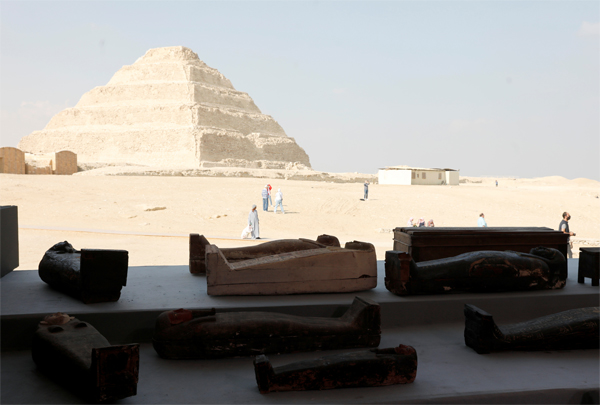