The date 6 August 2022 was the seventh anniversary of opening the New Suez Canal, the waterway that famously links the Red Sea to the Mediterranean, Asia and Europe, and through which some 12 per cent of the global trade volume, representing more than 25 per cent of the world’s container traffic passes. 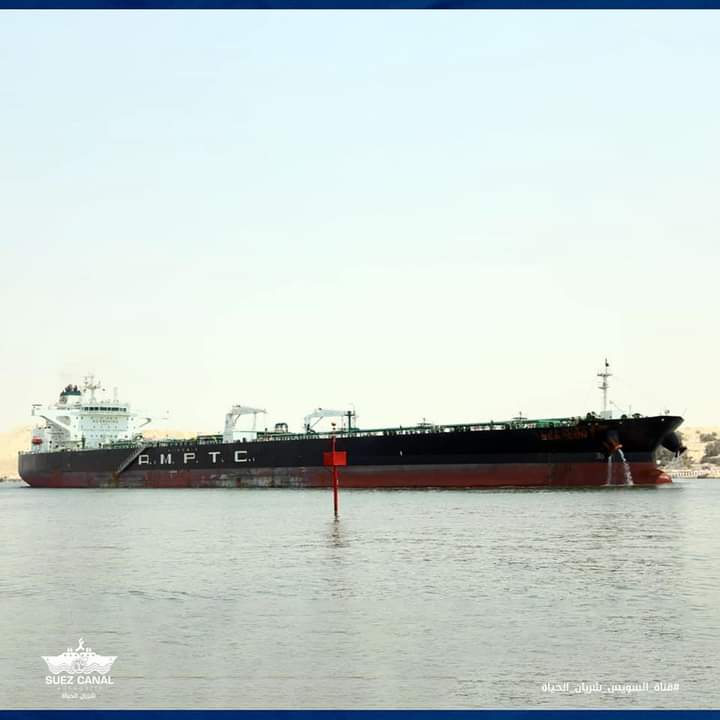 Mr Rabie said that daily transit rates through the Canal witnessed a significant increase since opening the New Suez Canal project, which pushed the average daily transit from 48 to 62 ships.

The previous daily transit record was reached on 29 September 2021 when 87 ships with a total net tonnage of 4.8 million tons transiting the canal.

In July 2022, the canal recorded its all-time highest monthly revenue of USD704 million.

It also recorded its highest-ever annual revenue in FY2021/22 at USD7 billion, up from USD5.8 billion the previous FY.

The New Suez Canal was opened on 6 August 2015. A 72-kilometre canal had been dug parallel to the original 165km-long canal; branching from the original waterway then joining it 72km further, creating thus a two-way traffic course that allows ships to sail in both directions at the same time.

New Suez Canal opens .. The first of a thousand steps

Following blockage of the Suez Canal in March 2021 when a giant container ship, the 400m-long Ever Given, got wedged across it and was refloated with immense effort six days later, the SCA decided to extend the two-way stretch of the Suez Canal to prevent possible blockages in the future.

The two-way segment of the Suez Canal is being extended by 20 kilometres to a total length of 82 kilometres. The second phase of the project aims to deepen 30 kilometres of the canal and widen it by by 40 metres.