Of all the countries in the world, the Lord Jesus chose Egypt to flee to from the face of Herod the King who wished to kill Him when yet a Child.

The Gospel of Matthew relates in its second chapter how Herod the King sought to kill the Child Jesus, so the angel of the Lord commanded St Joseph to “take the young Child and His mother and flee into Egypt, and stay there until I bring you word”. When Herod died, St Joseph was commanded to take the family back to the historic land of Israel. 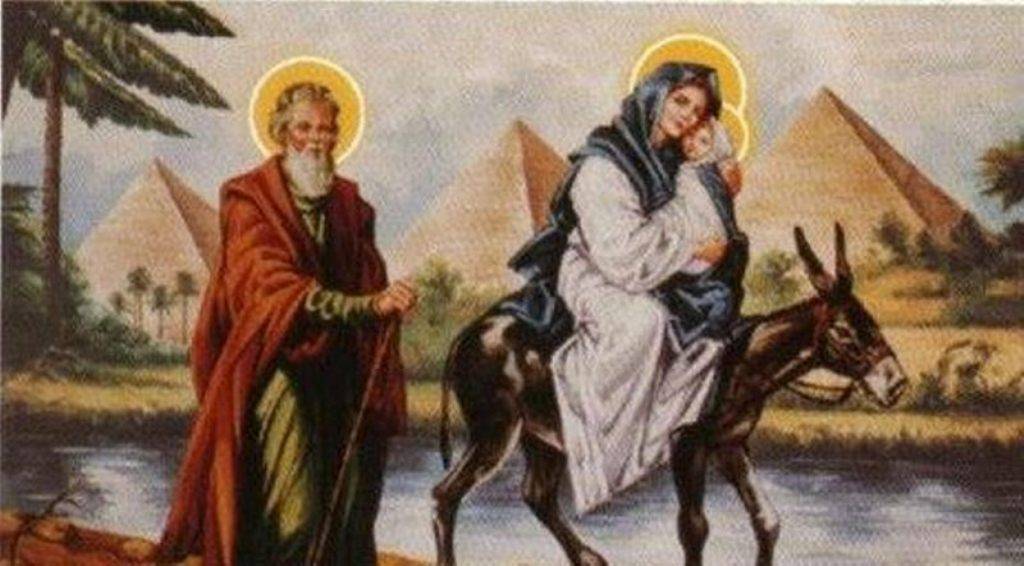 Tradition has it that the Holy Family entered Egypt through its northeast border, travelled southwest into the Nile Delta, and from what is present day Cairo boarded a boat up the Nile till what is today Assiut, 375km south of Cairo. There they stayed for the bigger part of their sojourn in Egypt till they turned back home, taking a slightly different return route.

Today, every spot traversed by the Holy Family boasts some church, monastery or convent that are pilgrimage destinations for Egyptians, not only Copts but sometimes Muslims as well.

The outset of the second millennium saw the Egyptian government recognise the trail of the Holy Family in Egypt as a potential destination for religious tourism. With this in sight, the government, joined by NGOs that focused on Egyptian or Coptic heritage, undertook a project to upgrade the sites on the trail to accommodate pilgrims and tourists. The project, however stalled for almost two decades that witnessed the unrest and aftermath of what became known as the Arab Spring, and later the COVID19 pandemic years, but picked up in recent years.

Nothing inside the churches or ancient vestiges was changed, apart from sensitive renovation, but roads leading to them were paved and lined with trees or palms, signposts installed, parking places built and, in general, any needed infrastructure was provided. Guest accommodation and visitor centres were left to local communities to provide, in hope that the expected tourist activity would bring about prosperity.

The most recent attempt at promoting the Holy Family trail is a stunning virtual reality website launched on 20 November 2022 by Pope Tawadros II. 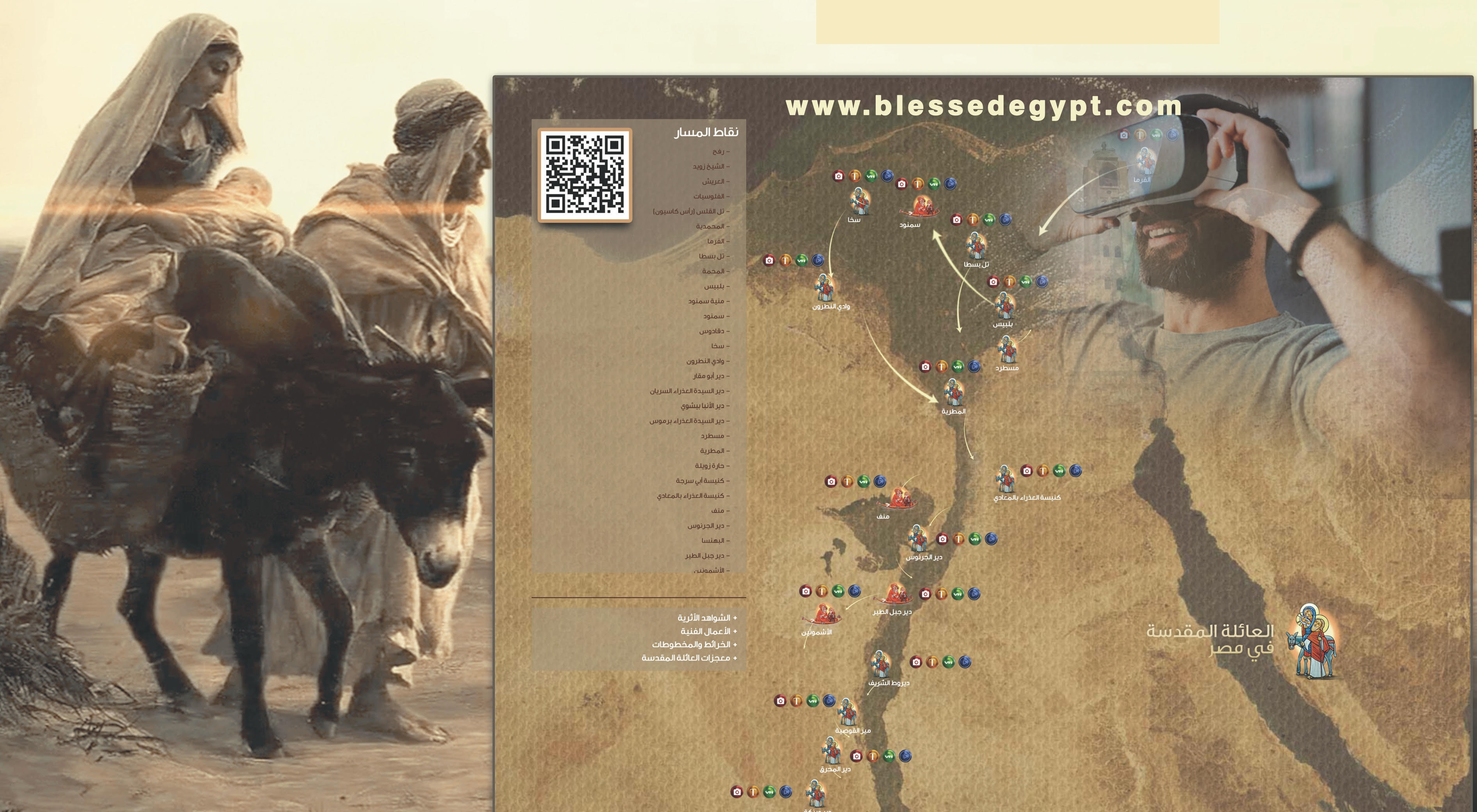 The website presents an active map of Egypt that includes the sites traversed by the Holy Family. Clicking each of the sites on the map takes the visitor on a virtual trip through it, with detailed explanation of its features. Video footage of every site is included, as well as spectacular photographic collections, with explanation in seven languages: Arabic, English, French, Italian, German, Spanish, and Russian. 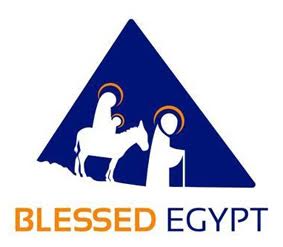 The website was set up by the Egyptian NGO Blessed Egypt Foundation for Development and Heritage Revival which aims to support the project to revive the Trail of the Holy Family in Egypt.

Pope Tawadros expressed his admiration of Blessed Egypt website, and highly praised the use of modern technology to serve the purpose of highlighting the Holy Family’s journey in Egypt. This technology, he said, is especially appealing to young people, and would serve to educate them on Egyptian heritage which, in that case, involved the vital spiritual and historical event of the Holy Family’s flight into Egypt. He highly commended the meticulousness and precision of the details cited in seven languages. 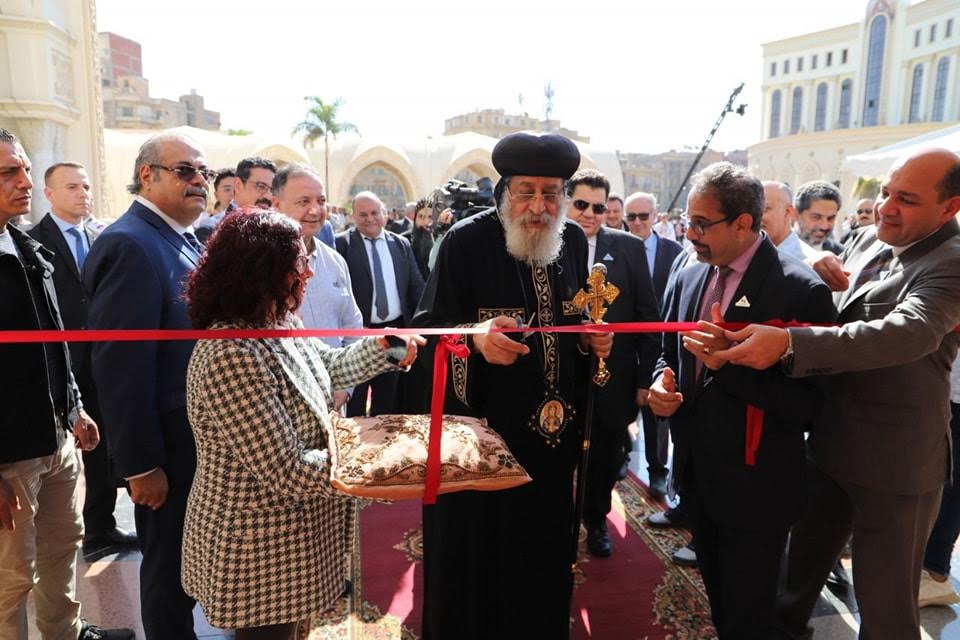 The Pope said that the Holy Family’s trail in Egypt offers unique spiritual blessing, and a special experience on the touristic, historical, national, and economic levels.

Accompanying Pope Tawadros during the launching ceremony were those in charge of Blessed Egypt together with those who worked on the website development. 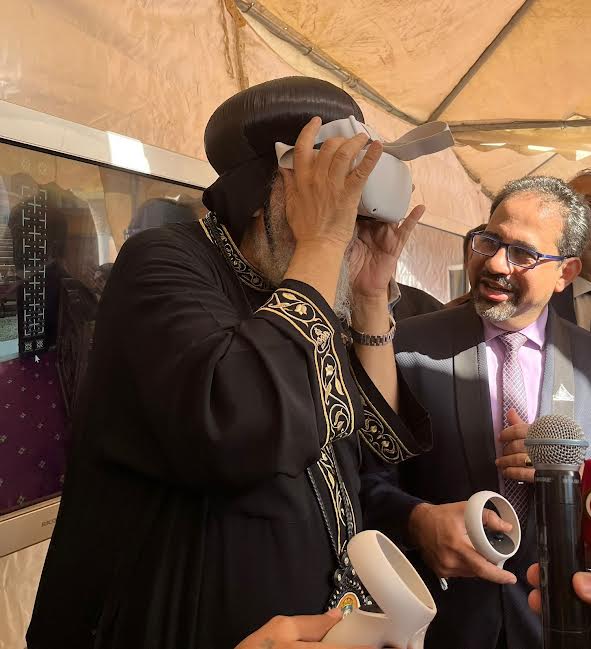 Blessed Egypt’s head of the board of trustees, Nasser Sobhy who is a journalist at Watani and a gifted photographer, spoke of the organisations’ aims as being focused on two aspects. First, Mr Sobhy said, the NGO aims at supporting the government and Church project of reviving the Trail of the Holy Family in Egypt, by publicising it through the newly-launched, comprehensive, attractive seven-language VR website.

Second, he explained, Blessed Egypt aims to contribute to efforts for the development of local communities along the path of the Holy Family’s journey into Egypt. He said that this would be achieved through establishing local community centres where members of the public may learn or train to develop their skills at heritage handcrafts that would widen their opportunities at gaining better incomes. These community centres, he said, would also serve to foster awareness of the economic benefit of tourism to the local community, and hence reduce the need for young people to migrate to other countries. 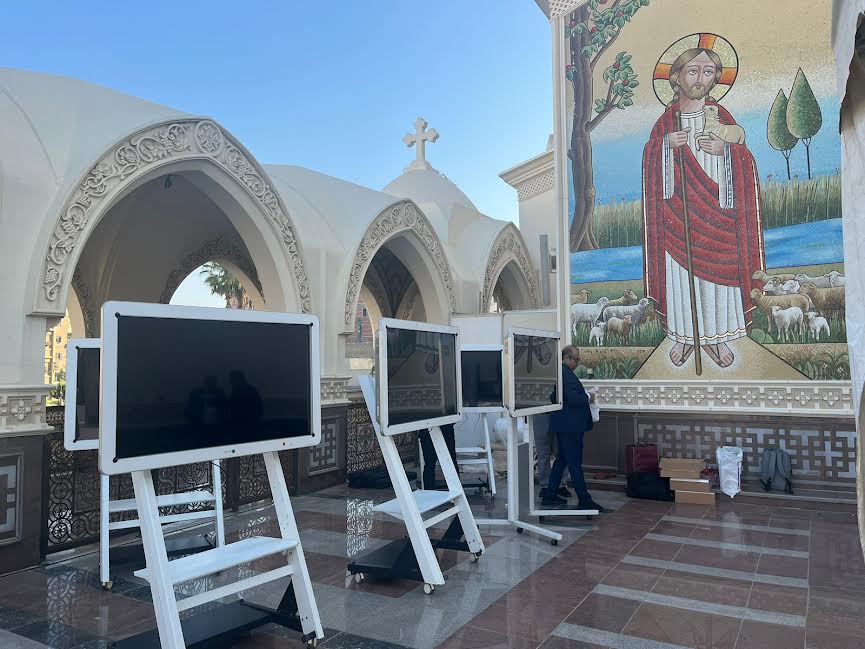 “It is no secret,” Mr Sobhy said, “that the Holy Family’s journey to Egypt is unique in that Egypt was the only place they visited outside the historical land of Israel. As such, its path, which stretches from Sinai in the north to Assiut in the south, stands to attract millions of tourists, given that it carries all the elements of meaningful religious tourism. 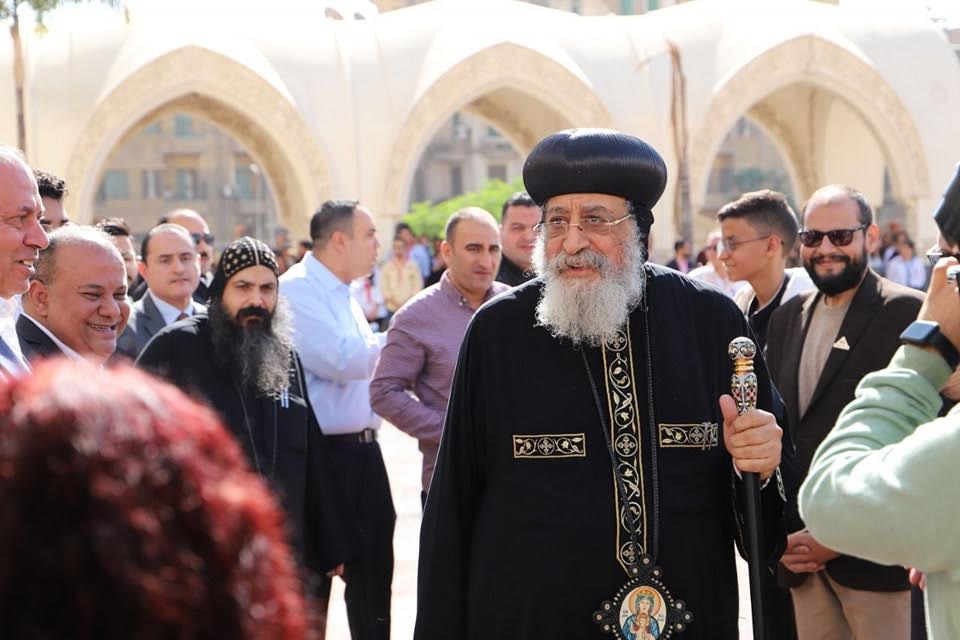 Pope Tawadros said he was especially happy with the local development goal of Blessed Egypt, saying it would practically make communities the guardians of that precious heritage. “Egyptians,” the Pope said, “Muslims and Christians alike, have great faith in the blessings brought on Egypt by the visit of the Holy Family to their land.” 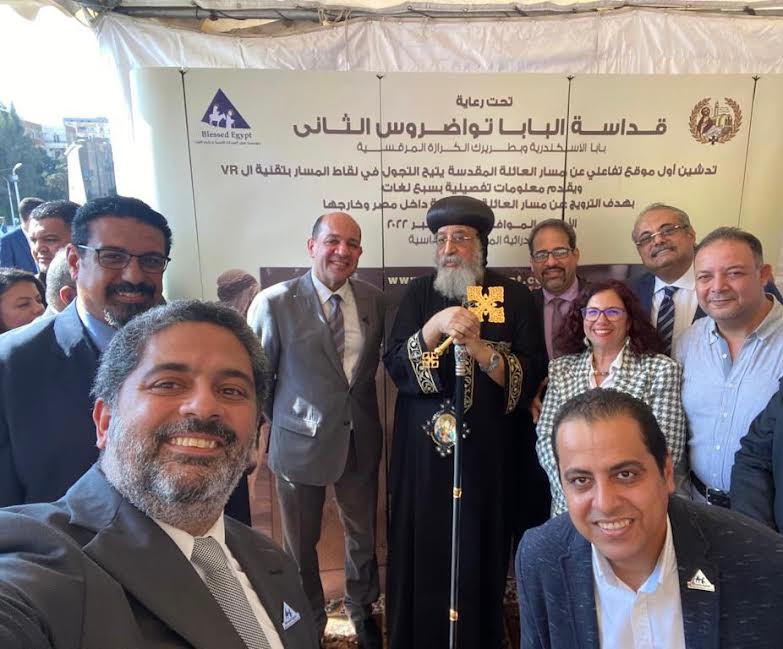 On her Facebook page, Dina Sidhom, Managing Editor of Watani’s website Wataninet, wrote of the arduous journey that started within the walls of Watani in the early the 2000s and reached its final stage by launching the website. She recalled the years spent meticulously collecting precise data on every site of the Holy Family’s journey in Egypt, while Mr Sobhy toured these sites one by one, capturing breathtaking photographs and video footage. Then came the quest for financing the project, which was severely hampered by the onset of the Arab Spring and the difficult ensuing economic situation, followed by the COVID years. By that time, Mr Sobhy decided the project should take a different form for it to succeed. He spearheaded the founding of Blessed Egypt, and proposed the VR website. “With divine blessings, and ardent support from faithful friends who believed in the project, and with our dear Pope’s active encouragement, the dream has finally come true.” 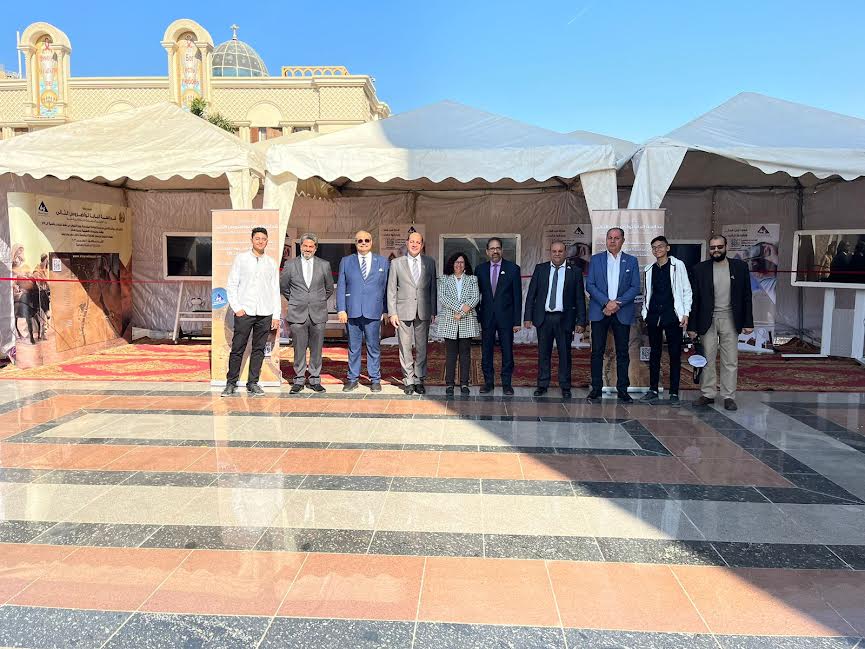